With a West Coast winter setting in, I find Im relying on lots of soups and casseroles. So, heres another casserole I made with the veggies that were on sale. I wanted a wee bit of a kick so I added a small jar of pesto, and it turned out very more-ish.

Prep the veggies- wash and roughly chop the carrots, onions, and leeks. Remove the leaves from the cauliflower and slice it into steaks. Roast all the chopped veggies on baking trays with a few tablespoons of olive oil and any seasonings you would like.

Meanwhile, wash and boil the potatoes (I left the skin on because it adds flavour and good minerals, you can peel them if youd like a less rustic looking casserole). When boiled, drain and mash them.

Begin layering your casserole while continuing the cooking. Start with a layer of cauliflower steaks on the bottom. 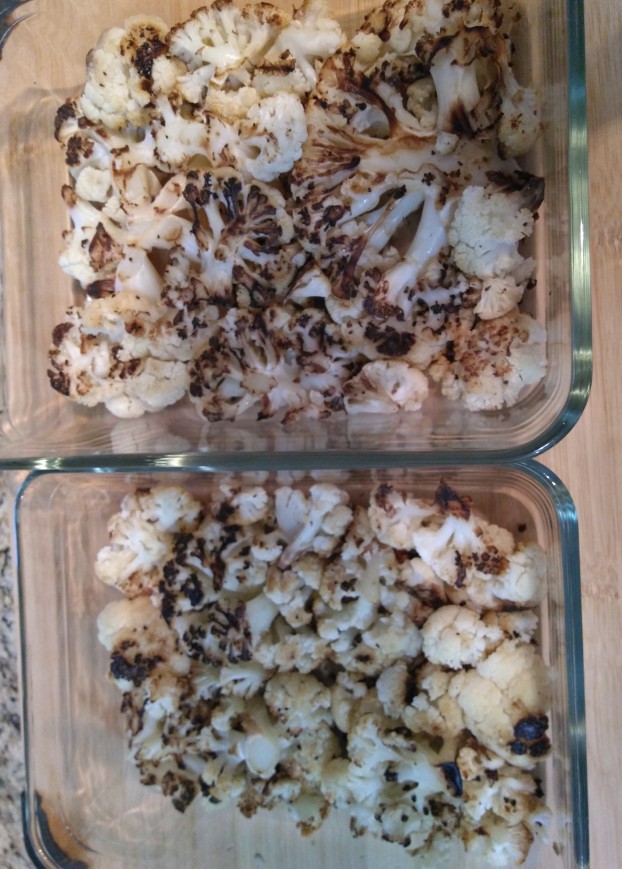 In a pan, mix the TVP with the condensed soup. Add the roasted onion and leeks, and a third of the pesto sauce. Add a little oil and water if needed. Stir and heat through until the TVP has absorbed the liquid. Layer this mix on top of the cauliflower layer. 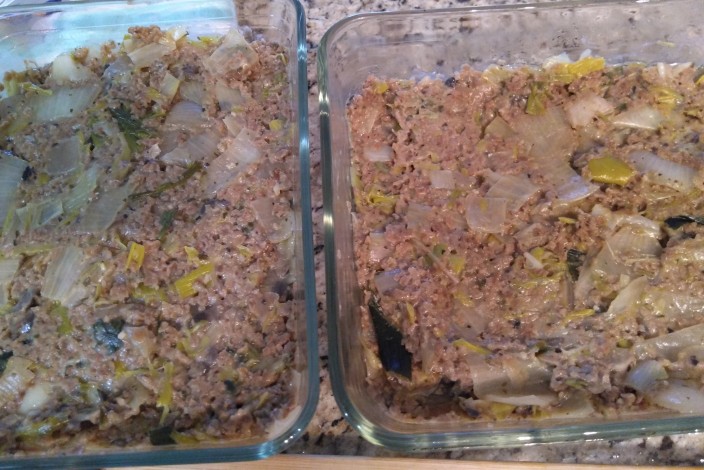 In the same pan, sautee the kale 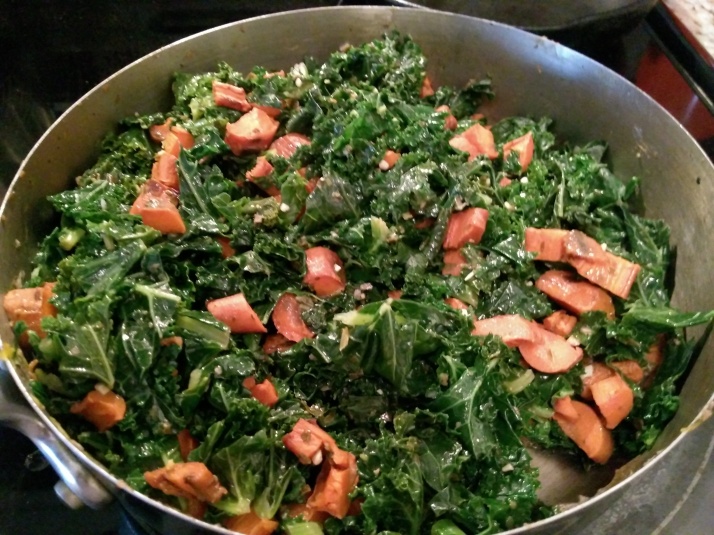 with a bit of water (which also deglazes the pan and adds flavour). As the kale wilts, add the roasted carrots and another third of the pesto. Layer this on top of the TVP layer.

Finally, mash the potatoes with almond milk and any seasonings, oils, etc, that you would like, and layer on top. Sprinkle the cheddar shreds on the potatoes and drizzle the rest of the pesto over the casserole. 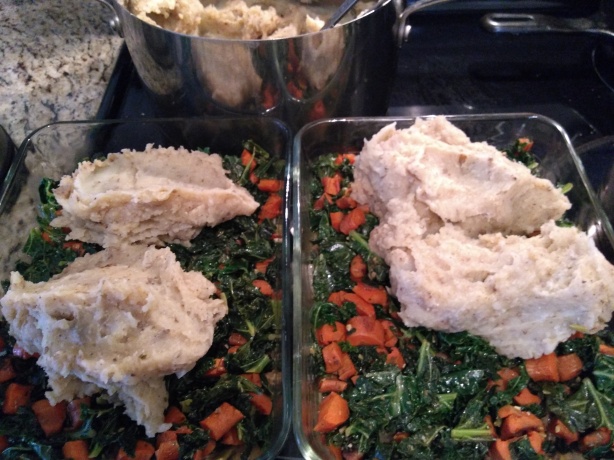 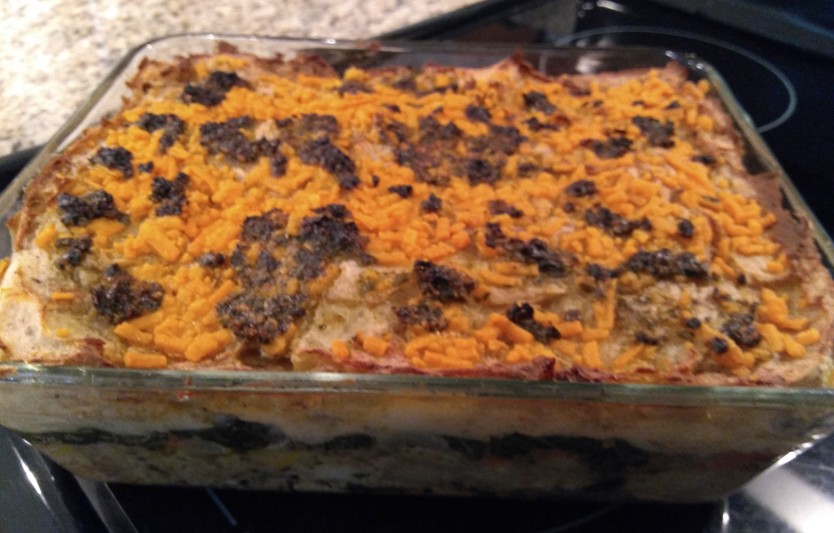 Pop it into the oven for a few minutes to brown the top. This made enough for three large casseroles. One for my next few dinners, one for a potluck, and one for the freezer.