This HEALTHY Mango Smoothie comes together in meer MINUTES and with just FOUR super simple ingredients. The optional mango adds a nice little bit of extra nutrition and turns the smoothie in a golden milk milkshake. SO GOOD! 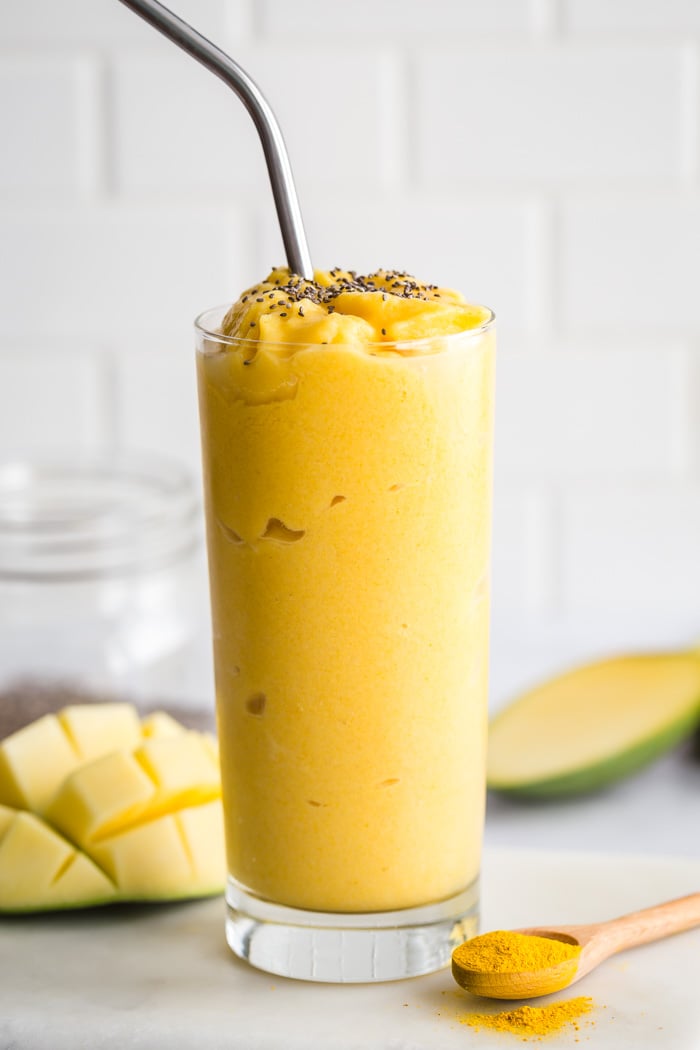 Have you jumped on the golden milk bandwagon yet? I’m relatively new to use turmeric in general but love all of the health benefits that it offers. I recently started making golden milk lattes at home and LOVE them. I’m drinking one right now actually :)

Since I’m smoothie addicted, I figured that I would make my golden milk latte obsession into a smoothie. I wanted to keep this simple; like 4 ingredients simple.

Here’s what we’re working with for this healthy smoothie: 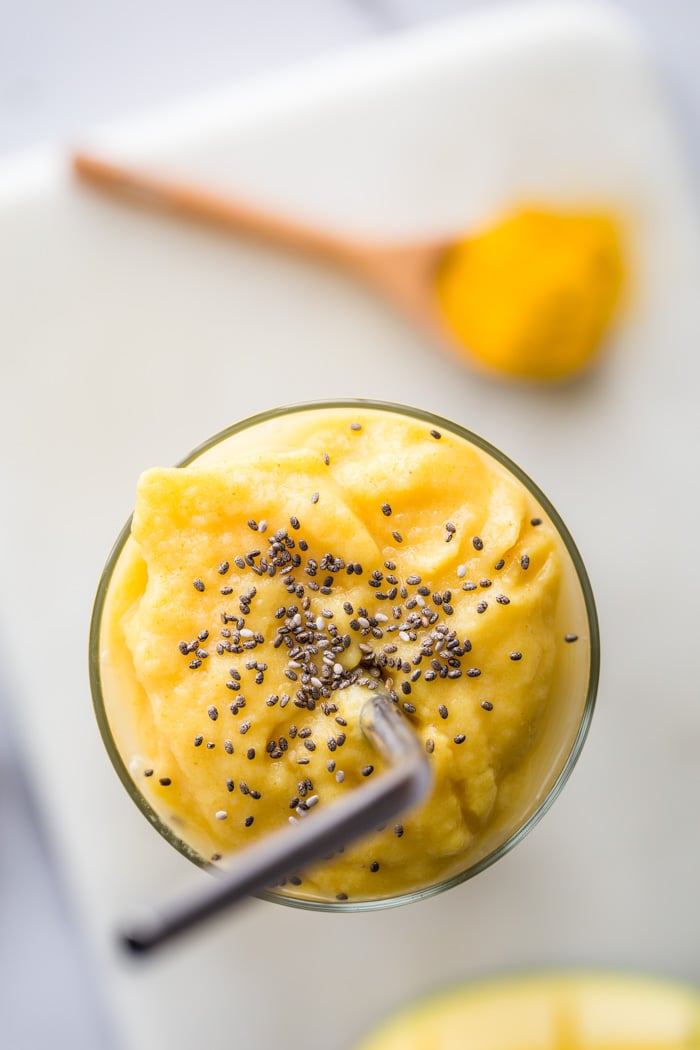 The last ingredient might be a little strange: frozen banana OR cauliflower!? Here’s the deal, I’ve been using frozen cauliflower in smoothies a LOT lately. I got the idea from THIS milkshake that I make regularly and have been obsessed with it ever since. Cauliflower has a very mild taste (like you really don’t even realize that it is there) but I love that it has less sugar than a banana and adds some nice extra nutrients hidden in there.

Just for reference, you can replace banana in pretty much any smoothie with an even amount of cauliflower. It will obviously alter the taste (basically it’ll just NOT be banana-y) but will still taste great. I’ve tried this with SO many smoothies and it has never disappointed. 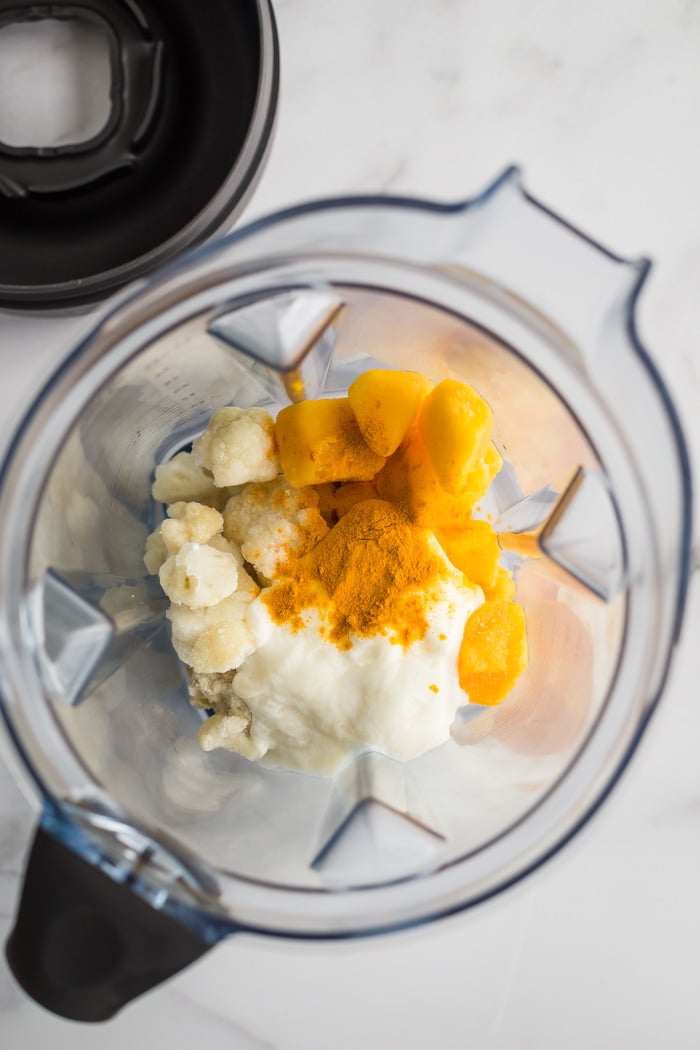 Because it’s easy and typically cheaper, I most often buy cauliflower already frozen from the freezer section. I like to keep it on hand for quick and easy smoothie making. If you’re wanting to freeze your own cauliflower, you would first cook it until it’s tender and THEN freeze it. I lay it flat on a baking tray to freeze before then putting it all in an air tight container. If you try and freeze it first in a bag, it’ll stick together into one big block (no bueno!). (more…)